Defeat and kill Nazo. Protect Mobius and all trace of life from evil forces.

During the events of Nazo Unleashed, Perfect Nazo defeats both Super Sonic and Super Shadow, after hearing Tikal's Prayer do the Chaos Emeralds transform into the Super Emeralds as Sonic and Shadow emerge and transform into their Hyper States. They then use Chaos Unification (also called Chaos Fusion) and fuse, thus Shadic was born. Confronting Perfect Nazo, the two engage in a fierce battle with Shadic having the upper hand.

Tired out, Nazo respects Shadic's strength but points out Shadic's weakness (Shadic's weakness being that the fusion and Hyper form is sustained by rings and Shadic uses rings 5x faster than Super Sonic). Nazo then absorbs the negative chaos energy from the Super Emeralds and transforms into Hyper Perfect Nazo (or Hyper Nazo for short).

The two engage in a beam battle, Hyper Perfect Nazo overwhelms Shadic, but with the help of Super Tails and Hyper Knuckles, the two distract Nazo. Shadic then overpowers Nazo energy blast and sends his energy beam through the blast (destroying it in the process) as Hyper Knuckles shoves Nazo into the end of Shadic's energy beam as he's then shot into space. However, Nazo was teleported away to a void made up of Chaos energy before he was blown up.

Shadic, knowing that Nazo isn't destroyed, uses Chaos Control to teleport to Nazo (who is completely weakened in the void). Shadic brings the Inert Super Emeralds and extracts the negative chaos energy out of Nazo and restores the Super Emeralds back to normal. Shadic then fully absorbs the Super Emeralds and becomes a white blur. In shock and disbelief, Nazo tries to fire a blast at Shadic, who in a flash, reverts Nazo back to his base form before firing a large Energy Blast, destroying Nazo for good, or so it seemed.

The Return of Nazo

Shadic makes his return in his super form to avoid Cyber Nazo's attacks and he shows his true power who is stronger than him.

When Sonic and Shadow used the Chaos Unification to fuse into Hyper Shadic, Metallix says that he is stronger but Shadic says to him "You're wrong" and attacks him in the process.

It's unknown if Shadic appears in the film. 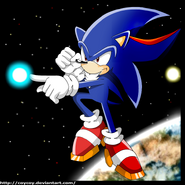 Base Form Shadic By Coycoy 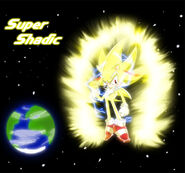 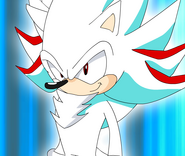 Hyper Shadic as he appears in Nazo Unleashed

Super Shadic in The Return of Nazo 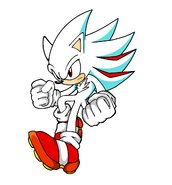 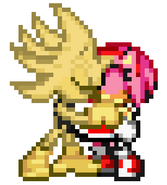 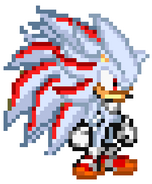 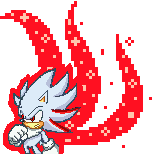 Mega Hyper Shadic, the most powerful form of Shadic the Hedgehog. 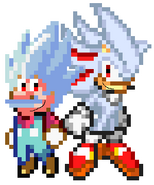 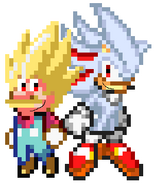 Shadic and Mario smiling each other 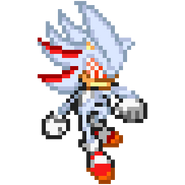 Shadic smirks while in his Fleetway Hyper form. 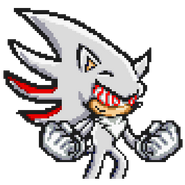 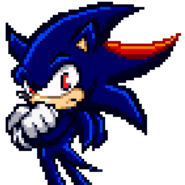 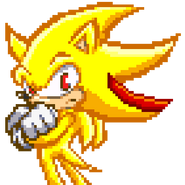 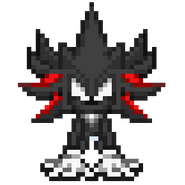 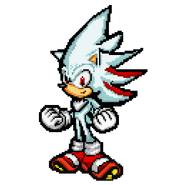 Shadic laughing while in his Dark Hyper form 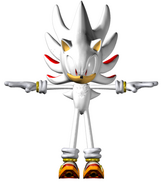 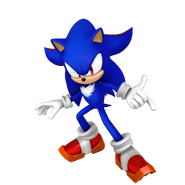 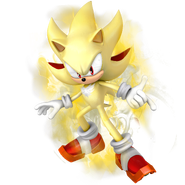 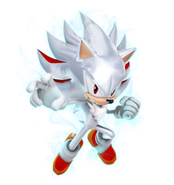 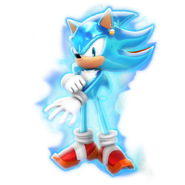 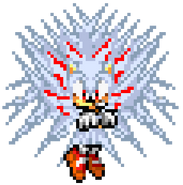 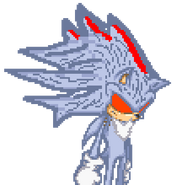 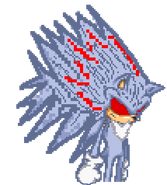 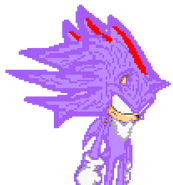 Ultra Hyper Shadic
Add a photo to this gallery
Retrieved from "https://herofanon.fandom.com/wiki/Shadic_the_Hedgehog?oldid=55907"
Community content is available under CC-BY-SA unless otherwise noted.