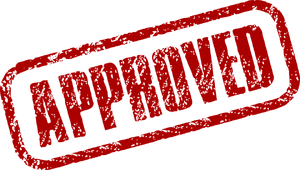 Hello, and welcome to my first Pure Good proposal!

Heck, the original version of Papyrus is also considered to be pure good, so I think it probably would make the most sense for this version of the character to be pure good too given that he is pretty much exactly the same as his original counterpart.

Glitchtale is an animated YouTube series based on the popular 2015 Indie RPG game, Undertale. It takes place in a failed Genocide Timeline that is filled with glitches, which has caused people such as Chara and W.D. Gaster to return. The series has two seasons and an upcoming prequel.

Who is the candidate?

Papyrus is one of the main protagonists of Glitchtale, even though he doesn't play a major role until the second season. He is the younger brother of Sans and Gaster's younger son. Much like his original counterpart, he is merciful and very kindhearted toward everyone he meets. He is also extremely determined and he won't give up on saving anybody.

What did he do?

Much like the original version of Papyrus, he is very merciful. Like his original counterpart, he did offer mercy to Frisk (or Chara) and he refused to fight them, due to believing that they could redeem themself.

He also cares heavily for pretty much everyone, given that he was seen trying to help someone in the second episode of season 2 (even though if I recall, it was an illusion by Bete Noire, the main antagonist of season 2). He also was very forgiving to Jessica after she was somewhat responsible for Sans' presumed death.

Speaking of Sans, he also refused to fight him when he was under the influence of HATE and gave Sans mercy. He even ended up saving Sans in the end. He also cares heavily for him, given that he stayed by his side when Sans was in his comatose state and he tried protecting him from the Pink Creatures when his house was attacked.

None. Now, to be fair, like the original Papyrus, he did have a few moments where he did seem a little annoying or obnoxious, but he doesn't have very many of these moments and he clearly is trying not to be obnoxious.

Papyrus is very caring to everyone he knows. He is very forgiving, merciful, and honorable. He is just in general, a really caring person who will do anything he can to make anyone happy seemingly. Heck, he even admits this in one episode.

For me, since he is pretty much almost exactly the same as his original counterpart, I am going to say this is almost definitely a yes. Papyrus hardly has any corrupting factors and he is pretty much one of those characters who is probably always going to be Pure Good. But what do you think? Pure good or no?

Retrieved from "https://herofanon.fandom.com/wiki/User_blog:Your_Not_So_Average_Guy/Pure_Good_Proposal_-_Papyrus_from_Glitchtale?oldid=47575"
Community content is available under CC-BY-SA unless otherwise noted.